In days gone by software was developed and released in a quality controlled way that only required a substantial update once in a while. These updates happened more or less annually and these either came for free as part of the original cost, as part of a service level agreement or even as a paid upgrade to a new version.

To illustrate the scenario, think of the irregular Windows Operating system updates (2000, XP, Vista), or MS Office Updates (Office 2000, 2003, 2007, 2010). The same trend was seen in upgrades to other software packages  which occurred from time to time. Functionality remained substantially the same and updates would add a little here and there, or bring in something entirely new and relatively bug free. In some instances obvious bugs and holes were fixed with minor updates or patches by apologetic software vendors.

Fast forward, thanks to Steve Jobs, to the current entrenchment of the “app culture”. App developers and software vendors are no longer held to account by users and the barrage of updates is a constant one. In my own environment, my iPhone and iMac apps are constantly being updated and barely a day goes by without the need to update multiple apps or programs. I would consider myself an “app light” user as on my iPhone I only have a meagre seventy apps installed out of the millions available.

If we focus on Facebook’s iPhone and Messenger apps we can quantify an interesting trend in the squandering of bandwidth. Both Facebook and Messenger are about 70mb each and are subject to fortnightly updates. So in a year there are about 25 updates, which accounts for 140 x 25 = 3500, or say 3,5GB per annum. Claims are that Facebook has 1,44 billion active users as at March 2015. So if we assume that only 1 billion users regularly update their apps, the users of Facebook and Messenger alone use 3,5 billion GB of data on an annual basis.

Depending on your mobile data plan, estimates of bandwidth costs are between $10 on the low side and say $30 on the high side per GB. This means that on Facebook and Messenger alone, their users are spending more than $35 billion annually just to keep their apps up to date and this is before you use the service.

Sure there may be lower fixed line bandwidth plans, but the intention is to indicate the potential cost. An interesting statistic maybe, and when you expand this to all the apps on a phone or computer, you are talking of a momentous amount of bandwidth and cost.

With a keen eye on the sustainability of the future business models of Telco’s and mobile network operators (MNO’s) going forward, we see this as both an interesting source of annuity revenue, but also a potential cliff off which MNO’s may fall with the daunting advent of free Wifi, promises of Metro-fi and other ‘low cost’ or ‘no-cost’ wifi solutions.

As voice revenues falter, at Future by Design, we are closely following the innovation trajectory of operators as they try to reduce subscriber churn and find alternative ways to lock in the potential revenue of millions of data-hungry subscribers. 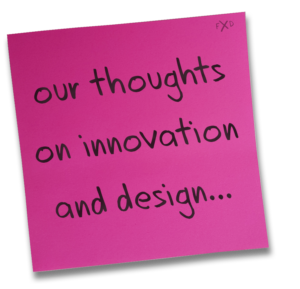